Lascelles Brown: The lesser-known King, finding success and his voice in Canada In the world of sports, when people hear the name “King,” LeBron James, Henrik Lundqvist or even Billie Jean King come to mind. But there is one ‘King’ from another sport that deserves to be put on the same throne.

Lascelles ‘King’ Brown is a Jamaican-born bobsledder whose two Olympic medals and five Olympic appearances for Jamaica (1) and Canada (4) are something of legend in the niche community of Canadian sliding sports.

His teammate and Olympic bronze medal driver Lyndon Rush calls the Jamaican-Canadian: “the most accomplished brakeman that is not a German, no doubt. For someone who is not a German…his numbers will never be touched.”

Brown grew up on the Caribbean Island of Jamaica and has always had a drive to be the best.

“I always had a dream to be an athlete and to be the best at the sport that I chose,” explains the former Olympian.

“I wanted to be Mike Tyson… But I couldn’t handle all the punches.”

After hanging up the gloves, Brown was turned on to bobsled by a friend who told him about a film ‘Cool Runnings,’ the story of the 1988 Jamaican bobsled team.

The movie inspired him to connect with Jamaican bobsledder Winston Watt.

“I spoke with him and once he explained (bobsled) to me, about the power and the speed – in my mind I thought ‘That could be me.’”

However unlikely it was, Brown found the sport of bobsled and he decided he was going to be the best at it.

“I used to go to the river and throw rocks like medballs, I used to cut bamboo sticks like hurdles…friends used to laugh at me,” says Brown. “A friend of mine told me once, ‘There’s no chance that you can beat those big strong guys I saw on TV.’”

Despite the ridicule, when the time came to get selected to the Jamaican national team, there was only one spot available to 15 men, and he came out on top.

It was through the Jamaican bobsled team that Brown was introduced to Canada. He trained in Calgary with the team for the 2002 Games in Salt Lake City.

“It’s always my mindset to win, however realistically, we didn’t have a chance…(However) we wanted to have the fastest start in the world and we did.”

But despite the Jamaican’s record setting start time in 2002, they came in dead last.

There are a lot of things that go into having a successful bobsled team. You need the man power but most of all you need money and commitment from the athletes and the national federation.

After the 2002 Winter Games, Brown moved to Canada to be with his now-wife Kara, and was welcomed to train with his new country at Canada Olympic Park in Calgary.

“For two years I was waiting for the Jamaicans to come and they didn’t have any funding,” he explains.

The Olympic brakeman had spent two years living in Canada training with the Canadians, waiting for Jamaica, hoping they were as committed to the sport as he was. When the funding didn’t come, the five-time Olympian decided to give himself the best chance of getting to the top of the sport and chose to compete for Canada in 2004.

“What better way to actually showcase what I can do than competing with someone that is competitive, that is going to actually have a chance.”

The competitiveness of Canadian bobsled was not the only motivation to compete for the maple leaf. Like so many other people, Brown also considered Canada his home.

“We had our first daughter, Zody, and right there and then, I (was) like ‘This is going to be my home, why not compete for my home country,’” the Canadian brakeman says

Becoming a member of the Canadian bobsled team was the best thing Brown could have done to accomplish his dream of becoming the ‘best at the sport (he) chose.’

Coming north gave ‘King’ the chance to win, which comes with perks.

Along with medals, having a voice is something that Canada has afforded the 47-year-old, particularly of late as the bobsleigh and skeleton community attempt to rebuild a safer, and more inclusive culture within their sport.

His voice, his story and his athletic success have been heard on a national scale, something that would have never been realized had he stayed in Jamaica.

With three IBSF World Championship medals, one of each colour and two Olympic Winter medals, a silver in the two-man (Turin 2006) and a bronze in the four (Vancouver 2010), Canada enabled the brakeman to become the first Jamaican born athlete to win a Winter Olympic medal.

The career of Lascelles Brown speaks for itself, and it’s safe to say that the self-appointed nickname ‘King’ fits almost as well as the Maple Leaf over the heart of the Jamaican-Canadian bobsledder. 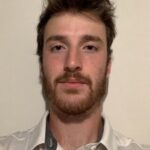 Ryan is a member of the inaugural AthletesCAN Creative Champions Program.

He is a student in the one-year Graduate Sports Journalism Program at Centennial College in Toronto, after completing the Communications and Cultural Studies program at Concordia University in Montreal. He is also a member of the Canadian Para 7-aside National Soccer Team. Follow him @r_watson_