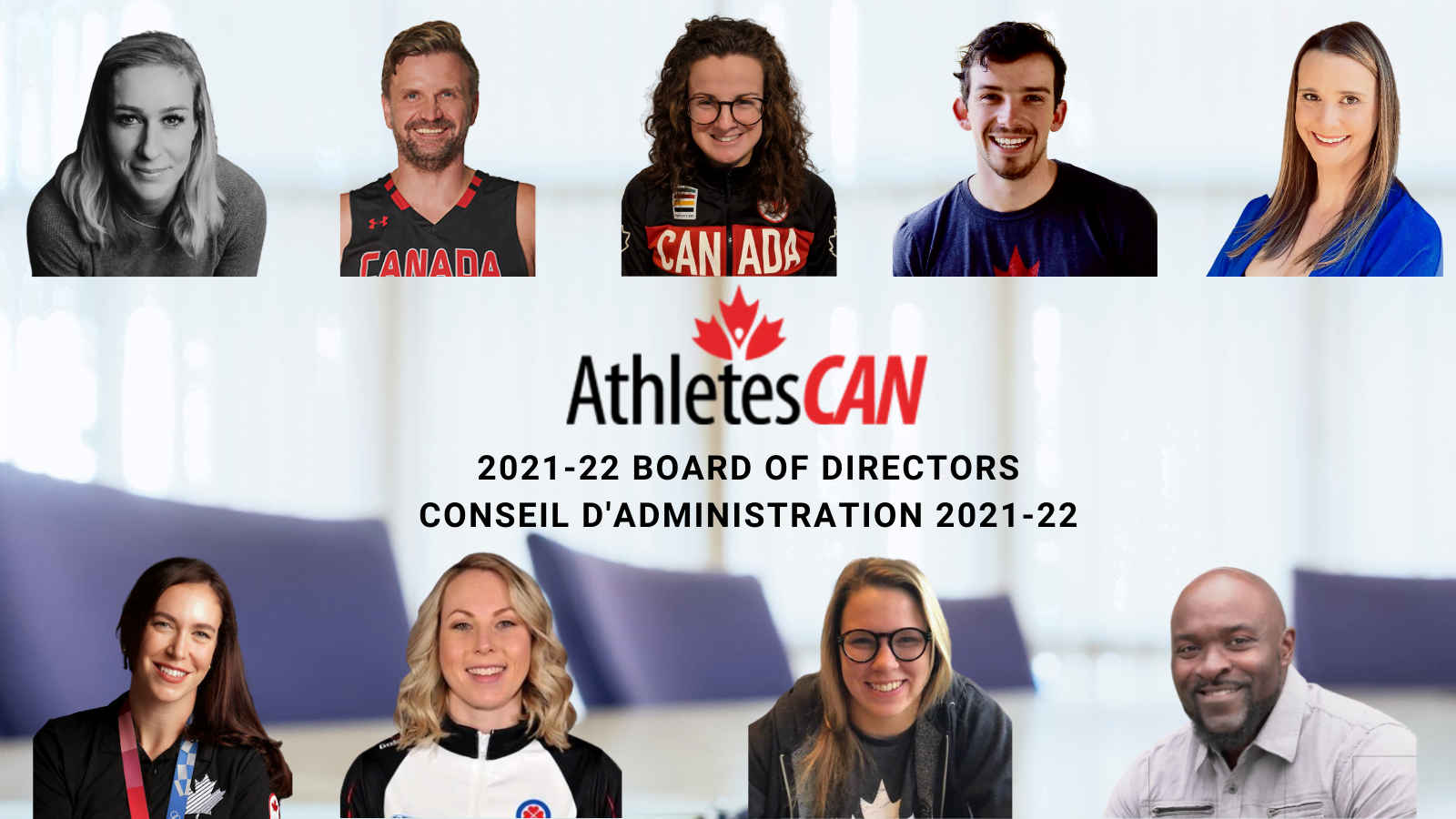 TORONTO – AthletesCAN, the association of Canada’s national team athletes, is pleased to announce its 2021-22 Board of Directors, following the Annual General Meeting (AGM) held on Nov. 6.

Allison Forsyth of alpine skiing was re-elected to the Board, while bobsleigh / athletics national team athlete Neville Wright and rower Andrea Proske joined the Board for the first time. All successful candidates were elected for three-year terms, with Proske elected via a run-off vote, following a tie for the final position in the initial election.

“I’m so excited to see a strong and vocal group of athletes lead this organization on its path to amplify the athlete voice in Canada,” said Laliberté. “The last few years have been difficult but we managed to put the right pieces in place to be in a position to represent athletes better than ever before. I want to wish the best of luck to all the new Board members and sincerely thank all the Canadian athletes who trusted me to represent them over the last six years.”

The new Officers will be elected from within the Board and a transition to the new president will occur until officially elected. Full biographies of the AthletesCAN Board of Directors can be found here.

Laliberté and director Rob Law (Lawn Bowls) also presented the President’s and Treasurer’s reports respectively at the AGM, while a management update was delivered by AthletesCAN staff members Georgina Truman (Manager, Athlete Relations and Operations) and Alan Hudes (Manager, Communications and Sport Partnerships), highlighted by the organization’s new four-year Strategic Plan and a preview of the forthcoming new AthletesCAN website.

Prior to the AGM, members had the opportunity to attend the annual AthletesCAN Forum and Leadership Lab, featuring sessions on ethical decision making, safe sport, intersectionality and identity, athlete funding and mental health.

With the conclusion of the 2021 AGM and Board election, AthletesCAN looks forward to the 44th Canadian Sport Awards, with finalists scheduled to be announced in December.