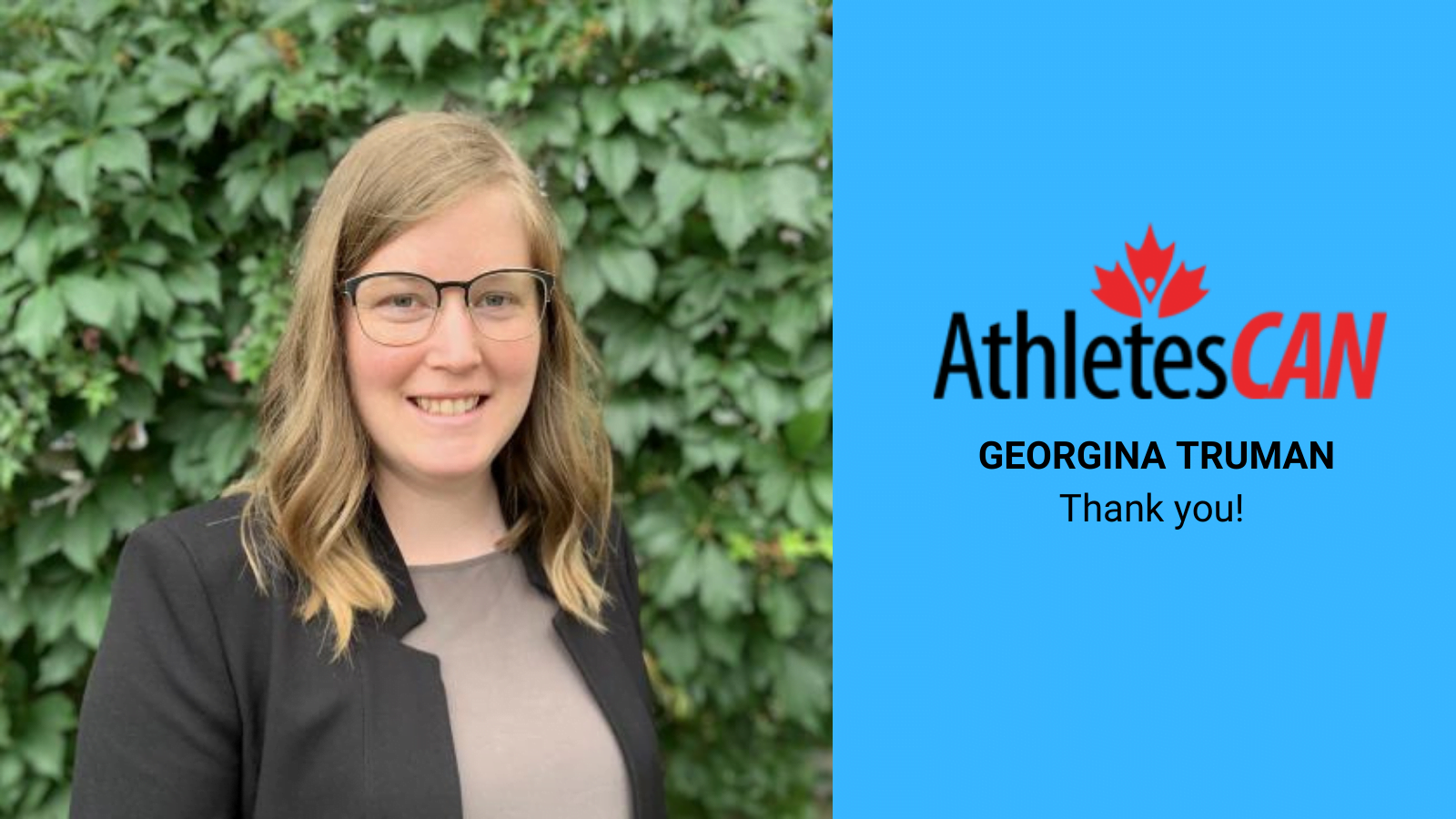 TORONTO – AthletesCAN, the association of Canada’s national team athletes, announced Monday the departure of Georgina Truman as Manager of Athlete Relations and Operations.

Truman, who has held a number roles with AthletesCAN during her tenure of nearly five-years, has served in her current position since November 2019, after spending the previous two years as Chief Content Curator. She originally joined the organization as an Operations Intern during the Summer of 2017.

Truman, has played a pivotal leadership role in AthletesCAN’s daily operations, managing its governance through the Board of the Directors, committees and members, along with strategic relationships with external partners within and outside of the Canadian sport system.

“Georgina has been an instrumental part of this organization,” said AthletesCAN President Erin Willson. “It has been amazing to see her grow with each new role and new challenge she has faced with AthletesCAN. She has worked extremely hard and we are excited for her to excel in her next chapter.”

“It has been an honour to have worked for this incredible organization for the past five years. I have had the pleasure of collaborating with passionate athlete thought leaders and sport stakeholders committed to making the Canadian sport system more athlete-centred,” said Truman. “I have been extremely proud of the organizations holistic approach to athlete representation and leadership education to build capacity and showcase the immense value and impact of athletes having a seat at decision-making tables across Canada.

“Over the last three years in my current role, with the courage and passion of our board members and staff, we have introduced opportunities for athletes to gain skills and have their voices heard on and off the field of play. These opportunities will only multiply with the new strategy and I look forward to the new trails athletes will blaze in the future. Now more than ever, it is incredibly important to dial in to the athlete perspectives on the pressing issues Canadians and the international sport community are facing to improve sport for the next generation at every level.”

Truman, who is leaving her post for another opportunity, will complete her time with AthletesCAN on Friday, Feb. 11.