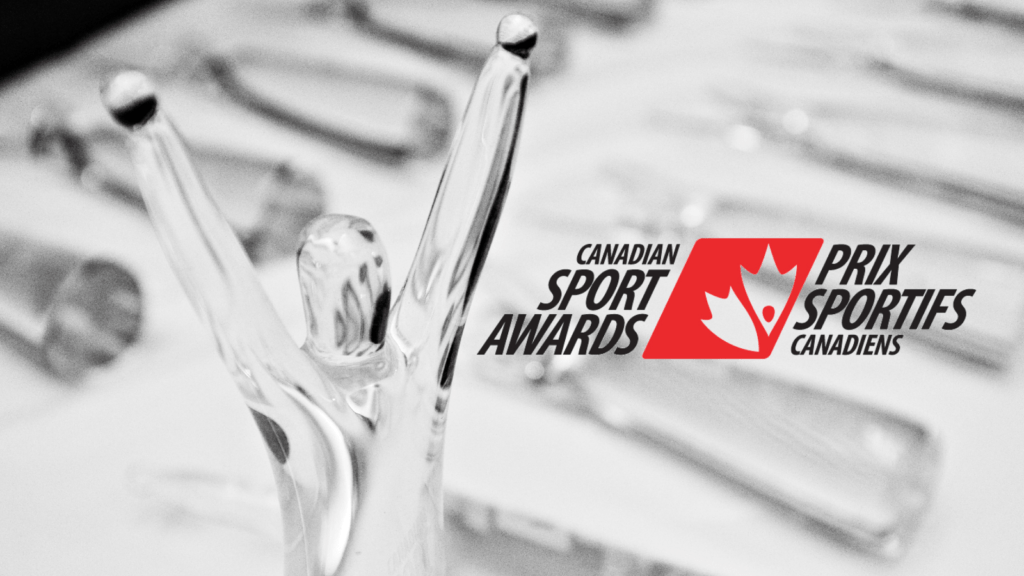 AthletesCAN, the association of Canada’s national team athletes, is proud to announce a national campaign for the upcoming 44th Canadian Sport Awards (CSAs).

Following an exciting return to sport over the course of 2021, AthletesCAN will reveal the finalists in five CSA categories throughout from Dec. 7-14. As part of a restructuring that began last year with the retirement of performance-based recognitions, the CSAs have been rebranded to focus more closely on trailblazers, athlete-centred accomplishments and initiatives – with the ultimate goal to unite, amplify and celebrate the leadership and voices of our members.

“It has been a challenging year dealing with the uncertainty of whether the Olympic and Paralympic Games would actually occur,” said Celina Toth, AthletesCAN Board Member and Chair of the Canadian Sport Awards Committee. “AthletesCAN is honoured and proud to celebrate all the tremendous work Canadian athletes have been doing on and off the field of play to make themselves and our community a safer and more inclusive place.”

As a result, the 2021 Canadian Sport Awards will honour winners in the following five categories:

Full descriptions of all five awards are available below.

Linking the past and present, each award will also be presented by previous recipients and honourees associated with the CSAs in a virtual broadcast on Dec. 15 at 2 p.m. ET / 11 a.m. PT, live on AthletesCAN’s digital channels.

As part of the national campaign launch, AthletesCAN is also honoured to unveil for the first time the history of Canadian Sport Award recipients dating back to the event’s establishment in 1972 by modern day co-founders True Sport, Canadian Centre for Ethics in Sport, Canada Games Council, Commonwealth Sport Canada and AthletesCAN. Over nearly 50 years of history, the CSAs have recognized various former categories in performance, leadership and corporate excellence.

A key component of AthletesCAN’s new strategy in raising the awareness level of the organization and its relationships within the Canadian sport system, this initiative will remain ongoing as AthletesCAN prepares to reveal its forthcoming new website.

The AthletesCAN Social Responsibility Award honours a current or retired national team athlete who used their platform to make a positive impact in their sport or community at the local, national, or international level. It recognizes the significant contributions of an athlete leader in the areas of diversity, equity, inclusion, community, volunteer and/or social change initiatives.

The legacy now also includes the history of the Inclusion: Obliterating Barriers Award

The Bruce Kidd Leadership Award is presented annually to a retired national team athlete, sport leader, or organization, who has provided meaningful contributions to the betterment of sport as a leader, advocate, change agent, or builder. This award highlights the ground breaking work that contributed to the betterment of sport through inspirational leadership, innovative practices, and/or positive influence on the Canadian sport sector.

The award is named in honour of 1968 Canadian Sports Hall of Fame Inductee Dr. Bruce Kidd, who has made enormous contributions to Canada’s sporting community as an athlete, advocate, author, historian, and academic. The award’s legacy now also includes the history of both the AthletesCAN Leadership Award and the Leadership in Sport Award.

The True Sport Award recognizes an inspirational Canadian citizen who exemplifies true sport values of fairness, excellence, inclusion, and fun in a meaningful way. Through the pursuit of sporting excellence this Canadian hero showcases dedication, perseverance, sportsmanship, respect for others, and a true love of sport.

#AthleteVoice Award: Rep of the Year

People’s Choice Award: Most Viral Moment of the Year

Created in 2020, the Most Viral Moment Award honours a current or retired national team athlete who has captured the virtual world by storm. This award highlights the magic that lives within sport to inspire and motivate all Canadians through innovative use of a digital platform, captivating athletic performance, or who’s digital actions have been a force for good.

Criteria for all five award categories can be found here.