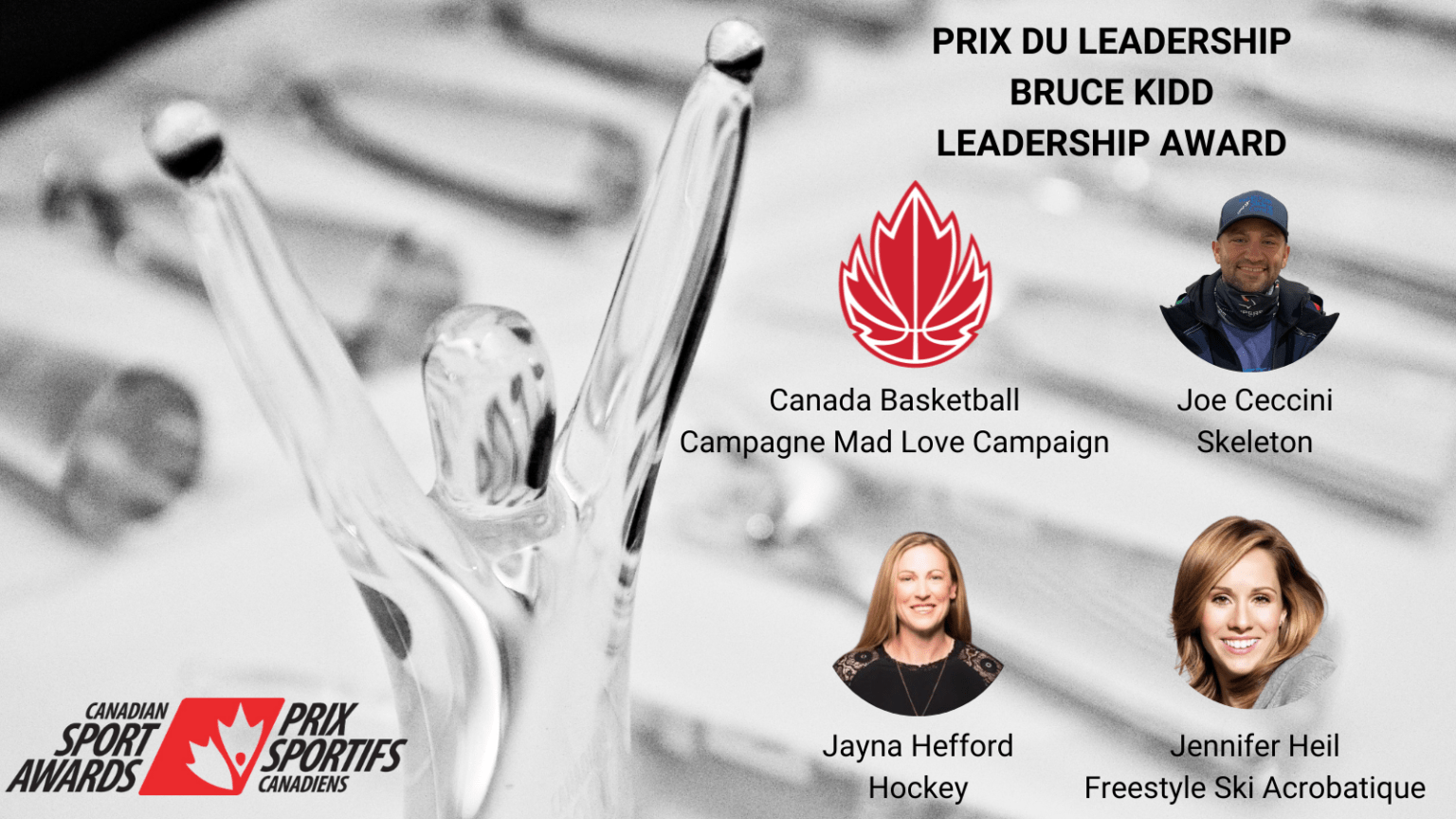 TORONTO – The 44th Canadian Sport Awards have been rebranded to focus more closely on trailblazers, athlete-centred accomplishments and initiatives – with the ultimate goal to unite, amplify and celebrate the leadership and voices of Canada’s national team athletes.

Following an exciting return to sport over the course of 2021, AthletesCAN will unveil the finalists for each award from Dec. 7-14, culminating in live virtual broadcast announcing the winners on Dec. 15 at 2 p.m. ET / 11 a.m. PT on AthletesCAN’s digital channels.

The Bruce Kidd Leadership Award is presented annually to a retired national team athlete, sport leader, or organization, who has provided meaningful contributions to the betterment of sport as a leader, advocate, change agent, or builder. This award highlights the groundbreaking work that contributed to the betterment of sport through inspirational leadership, innovative practices, and/or positive influence on the Canadian sport sector. The Bruce Kidd Leadership Award is named in honour of 1968 Canadian Sports Hall of Fame Inductee Dr. Bruce Kidd, who has made enormous contributions to Canada’s sporting community as an athlete, advocate, author, historian, and academic.

On International Women’s Day, Canada Basketball launched Mad Love, a cross-channel awareness campaign, to inspire and rally Canadians together for female athletes in basketball and beyond. The campaign featured letters written members of the Senior Women’s National Team that change Canadians’ perceptions of girls’ and women’s basketball in the leadup to the Tokyo 2020 Games. In addition, there is a donation matching program up to $120,000 to invest in programming specific to the next generation of female basketball players, coaches and officials.

Cecchini has grown the sport of skeleton at the development-level significantly during the pandemic. The 2018 Olympian with Italy, former Canadian national team athlete and current coach managed to safely train over 30 current athletes in Whistler, B.C., start a new recruiting and training program, lead an Alberta recruitment tour and spearheaded a project to change the minimum age to try the sport to seven from 14.

Hefford served as Operations consultant for the Professional Women’s Hockey Players’ Association (PWHPA), representing the best players in the world, including members of the Canadian National Team. Since 2019, the five-time Olympian has been advocating for the growth of professional women’s hockey and aiming to build a sustainable league for the next generation. Under Hefford’s leadership, the PWHPA has organized a series of events known as the Dream Gap Tour, and secured both corporate and NHL team partnerships in an effort to spread its message.

Heil called on the Canadian government to address safe sport gaps in the Canadian sport system. The three-time Olympian and fellow Canadian national team athletes wrote a letter to the Minister of Heritage, addressing the need for improved protection for victims who come forward and the changes needed to better protect them. On top of this, Heil has served as a ambassador to the Canada Games activity challenge that is providing schools with resources to help students build foundational physical skills early on fostering a life-long love for sport in the next generation.